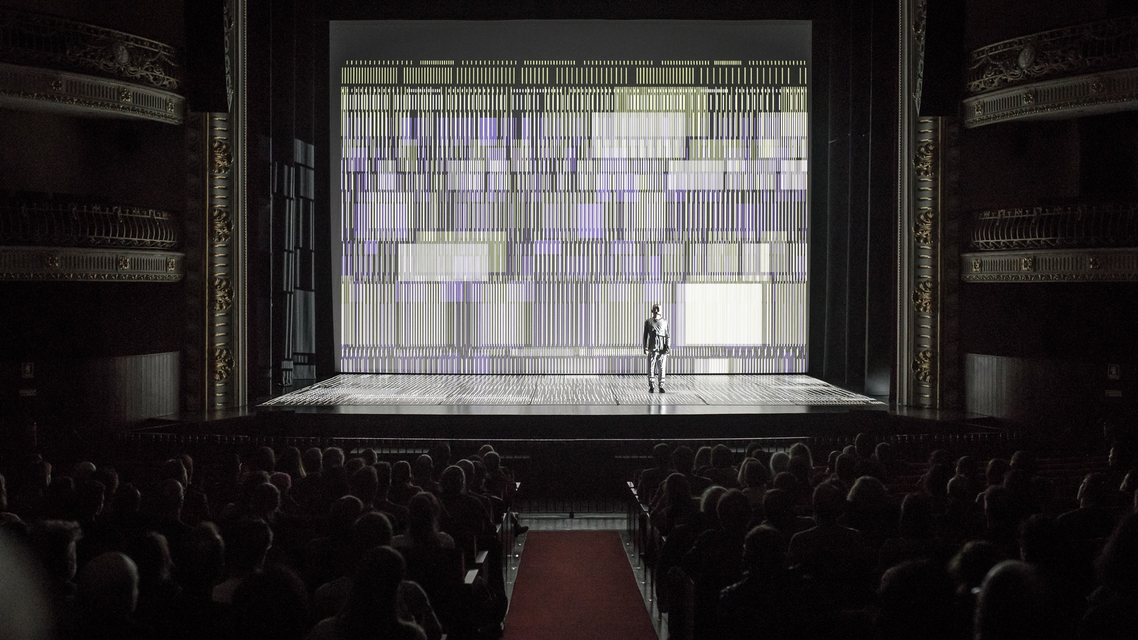 In 2019 Braga saw the birth of Index, the first international event focused on the relationship between art and technology, created since it was awarded the title of creative city of UNESCO in the field of media arts. Index will return in 2021, but by 2020 it will not fail to keep up with us, with multiple perspectives on art and technology through a series of sessions entitled “Construção de um index”.

The first session will allow us to think about the relationship between art, science and technology and the role of error in the context of artistic and technological processes through two roundtables; inaugurate a new work on the Scale Travels series by German Marcel Weber (MFO) and present an audiovisual show by Canadians Push 1 Stop & Wiklow.

What unites and separates these three concepts? This panel aims to discuss potential new paths for the already long relationship between art, technology and science, and to reflect on how artists and scientists can derive mutual benefit from joint processes, even though they are linked to substantially different contexts. The issue will be discussed through the perspective of artists, curators and a scientist.

with:
marcel weber Marcel Weber, also known as MFO, is an artist directing audio-visual performances, stage and space designs, video works and installations. He is part of Berlin’s Atonal festival team as director for lights and visuals and a longtime collaborator of Unsound festival. He collaborated with names such as Ben Frost, Roly Porter, Tim Hecker, Stars of the Lid, Kara-Lis Coverdale and Liz Harris (Grouper).

jana nieder Jana Nieder is a Group Leader at Ultrafast Bio- and Nanophotonics at INL. She aims to foster talent and excellence in photonics research at INL and to built and consolidate INL partnerships with universities and private partners to advance photonics research and innovation with impact to the benefit of society. Her research focus is on using and developing photonic techniques to advance our understanding of life at the nanoscale and to advance the development of functional nanomaterials with applications in quantum technologies, (bio-) sensing and nano medicine.

joão ribas João Ribas is a curator and writer based in the city of Porto. He was the Director of Serralves Contemporary Art Museum, Porto, an institution where he also held the position of Deputy Director and Senior Curator (2014-2018). He was Curator of the MIT List Visual Arts Center (2009-13) and the Drawing Center (2007-09), NY. Ribas won four consecutive AICA awards for Best Exhibition (2008-2011) and the Emily Hall Tremaine Exhibition Award (2010). He was also the curator of the 4th Ural Industrial Biennial (2017) and the Official Portuguese Representation at the 58th Venice Biennial (2019).

Inauguration of the installation by Marcel Weber at Galeria INL, included in the collaborative program on art and nanotechnology “Scale Travels”.

The inaugural edition of index festival was marked by an episode in which a technological error forced a show to be cancelled. This will be the starting point of this round table. Disaster or opportunity for improvement? Accident or tool? The issue will be discussed from the perspective of artists and curators from different backgrounds.

elie blanchard A prolific multidisciplinary artist based in Paris, Élie Blanchard merges old and new technologies in his darkly geometrical audiovisual performances and installations. He’s one of the pioneers of the intricate live cinema movement, producing film in real time on stage, no cuts, no edits, lots of preparation.

salomé lamas Salomé Lamas (Lisbon) studied cinema in Lisbon and Prague, visual arts in Amsterdam and is a PhD candidate in Contemporary Art Studies in Coimbra. Lamas works with hybrid documentary and artistic projects that tread new paths in form and content. The projects she focus on are an attempt to dissolve the apparent border between documentary and fiction, challenging the lines between genres and modes of exhibition.

karin ohlenschläger Artistic director of LABoral Centro de Arte y Creación Industrial in Gijon, Spain, as well as a historian, scholar and curator who has focused on media art, science and contemporary art since 1985. She has chaired the Banquet Foundation of Art, Science, Technology and Society (1998-2006) and the Institut of Contemporary Arts in Madrid (2011-2012), and co-founded and co-directed MediaLab Madrid (2002/2006).

miguel carvalhais Miguel Carvalhais is a designer and musician, Assistant Professor at the Faculty of Fine Arts of the University of Porto, and a researcher at INESC TEC. He is currently a fellow at V2_ Lab for the Unstable Media. He collaborates with artist Pedro Tudela in the @c project since 2000. In 2003 they started the Crónica label where they’ve been releasing experimental and electronic music. He is co-founder of the xCoAx conference on Computation, Communication, Aesthetics and X, with previous editions in Bergamo 2013, Porto 2014, Glasgow 2015, Bergamo 2016, Lisbon 2017,  Madrid 2018, Milan 2019, and an upcoming edition in Graz 2020.

In “Membrane”, the Canadian duo Push 1 Stop & Wiklow merge the concept of audiovisual performance with that of artistic installation, in a show where audiovisual projection takes on a three-dimensional space.